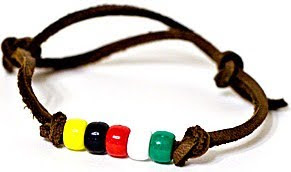 My name is Paul Howley. Some people have called me the "luckiest man in the comic book business" but that all changed as of January 9th 2001.


MY LIFE WITH COMIC BOOKS: THE HISTORY OF A COMIC SHOP-Part 176

A week or so after Adam’s memorial service, Mal felt the need to communicate with Adam’s friends in Newport, Rhode Island but she wasn’t sure how to go about it. She discussed her thoughts with church friends, Ronnie and Christine St. Cyr. They offered to organize a group of church members to go down to the park in Newport to speak with the kids. Knowing that we wouldn’t get too many opportunities to do something like this, we began to design a meeting that could get a message across to the “Park Rats.” Mal wanted to let the kids know why Adam loved them so much.

Ronnie suggested that Mal and I go with him to the park area to pray for some guidance about what we should present to Adam’s friends. We also spoke to the local authorities to get the proper permission to hold a meeting in the public park. One of the people in the City Hall knew about Adam and she helped us get the permission. Once we established a date, we began contacting some of Adam’s Rhode Island friends and asked them to spread the word about the upcoming meeting. Meanwhile, our church prepared for the meeting. Knowing that the Park Rats loved wearing jewelry, someone thought to create bracelets for the kids using colored beads that represented important things. The black bead represented our heart darkened by sin. The red bead represented Christ’s blood shed to redeem us. The white bead represented us as new creatures cleansed by Christ’s sacrifice. The green bead represented our growth in Christ. The gold bead represented our new eternal life with Jesus Christ.

While these bracelets were being made, a group of young people began to practice a short drama titled “The Doors,” depicting the many choices we have in life and how unfulfilling these choices can be. Our nephew Jesse would play the role of Jesus and several of Cassy’s friends would play the other characters. Cassy would play the “seeker” character who went from door to door, desperately seeking something meaningful in this life. Things were coming together for our upcoming presentation for the kids in Newport.

On February 11, 2001, on a freezing cold day, thirty-nine people from our church in Laconia, New Hampshire loaded into several vehicles and drove the three hours to Newport, Rhode Island. Mal and I rode with Ronnie and Christine St.Cyr on the way down. I vaguely remember a conversation someone started about my thoughts on human cloning. Of course, I’d spare no expense to bring Adam back, but a human clone, although similar, wouldn’t be the same person. He wouldn’t have shared the same life experiences that made Adam who he was. Would a cloned human being even have a soul? What a strange conversation!

We had no idea if there would any more than a handful of Adam’s friends showing up for this meeting, especially because of the below-freezing temperatures. We eagerly began to set up tarps for the “Park Rats” to sit on so they wouldn’t have to sit directly on the frozen ground. We set up a small amplifier so that our voices could be heard throughout the small park. While this trip had been organized by Ronnie and Christine, (and they really knew what they were doing!) they were very gracious and allowed Mal and I to take over and run this as we wanted. I only hoped that we’d draw a receptive crowd. 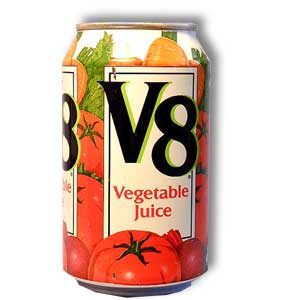 My name is Paul Howley. Some people have called me the "luckiest man in the comic book business" but that all changed as of January 9th 2001.


MY LIFE WITH COMIC BOOKS: THE HISTORY OF A COMIC SHOP-Part 175

After the memorial service, my sister Sharon and her husband Greg invited family and a small group of our friends back to their home. I don’t remember much of what went on there, but I know we were glad to share this time with this group of people. After everyone had left, we eventually had to go home and begin our life without Adam.

We still had an abundance of food that was prepared for us by friends and members of our church and that’s what we ate for several days. We invited some of our closest friends over to help us eat up the remaining food but we eventually needed additional items from our local grocery store. I went by myself to do a quick shopping but as I went down each row I was overwhelmed with memories of Adam. His favorite breakfast cereals. Fruits and yogurts. Cheeses. Lots of cheeses. When I got to the juice aisle I saw the individual small cans of V-8 vegetable juice and remembered when we used to buy the large container and fill Adam’s thermos each day for his school lunch because it was cheaper than the small cans. I know this probably seems silly, but this memory was too much for me. I needed to get out of the grocery store right away before I totally broke down. I left the cart, full of food, right there in the aisle and rushed home.

I was fortunate that I was allowed to be a school board member at Cassy’s school. It gave me something to do that seemed worthwhile and it filled up lots of my time. The students, staff, and teachers were very caring people who were instrumental to my healing process. Spending time at the school with Debbie Monnell, Roger Allen, Brenda Carney, Belinda Simpson, and Jim Morel and others, gave me another purpose and reason to try to function normally. But my “normal” was now going to be very different for me. It’s hard to explain.

Mal spent many of her days with Liz Verhoeks at Liz’s “Laconia Pottery” store. Mal had been teaching rubberstamp card making classes at the store for a while but she wasn’t up to socializing with strangers so she decided to take some time off.

We were invited out for lunch one day with a couple we knew. Both are very nice people who wanted to comfort us. But at one point during our lunch, the wife (trying to empathize with our pain) explained how much she misses her oldest daughter. She said that there are times that she missed her so much that she’d wear one of her daughter’s sweaters just to feel close to her. We understood what our friend was trying to communicate but it just didn’t work. Her daughter was attending college about two hours away. Our friend could see or talk to her daughter anytime she wanted. Our son was gone.

Cassy’s life was very busy. She had lots going on at school with sports, studies and the upcoming school play. She felt the need to dive right back into school as soon as possible. I still remember the sick feeling I had as I watched her drive off to school on her first day back.

Right after Adam’s accident, Cassy’s old boyfriend, John, begged her to break-up with her current boyfriend. John assured Cassy that he regretted previously breaking up with her and that he wanted to “be there” for her in her time of pain and sorrow. We encouraged Cassy to seriously consider this before she did anything. It’s not a good idea to make important decisions while you are very emotional. She said she understood but she was determined to get back together with John. It didn’t take very long for the “real” John to come back and he broke her heart again. This is not what Cassy needed right now.

Mal had a growing urge to do something to help Adam’s friends from the park in Newport, Rhode Island. She wanted the “Park Rats” to know more about Adam and explain why he loved them. She discussed this desire with church members Ron and Christine St. Cyr.

Next chapter: Our church makes a plan.
Posted by paul howley at 1:08 PM No comments: