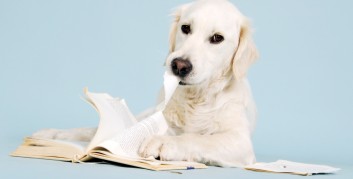 My name is Paul Howley, owner of the Eisner Award winning pop culture collector’s store known as “That’s Entertainment” in Worcester, Massachusetts and a second store in Fitchburg, Massachusetts. Some people have called me the “luckiest man in the comic book business.” (I’m not) My stores have been around for over thirty years and it’s been a long and interesting combination of events and people that have brought these stores to this current place. It is not my intent to boast or brag about my store or my life. I just want to tell you my story. In many instances, my wife remembers things a little differently, but this is the truth as I remember it.

MY LIFE WITH COMIC BOOKS: THE HISTORY OF A COMIC SHOP:  Part #203

We had decided to try to sell our Gilford, NH home. Cassandra was headed off to Florida in the fall to attend Palm Beach Atlantic University and we thought it might be good to try a new start; somewhere we weren’t reminded of Adam every waking moment. After interviewing five different real estate companies, only Judy McShane seemed interested in our offer of a one-day exclusive listing if they had a customer who might be interested in buying it. Judy called one of her clients and after a very brief conversation, she wrote up the one-day listing agreement.

About fifteen minutes later, a woman drove a Mercedes down our driveway, left her kids in the idling car, and after a brief introduction, began to look around the inside of our house. She spent about ten minutes looking around the house but she never looked at the finished basement and she didn’t look around the backyard. As she was headed out to leave, she asked Mal if we could be out of the house within fourteen days. We didn’t take her very seriously but we said, “Sure.”

Within a half-hour, she called us with an offer. I declined her offer. She asked what the lowest price I’d sell the house for would be and when I told her, she agreed to buy the house. The next morning she arranged to come to our house to measure for drapes. While she was there I asked if she’d be interested in buying my beautiful carved-oak pool table and without a moment’s thought, she agreed to pay the full price I was asking.

This was all great news for us since we really wanted to sell the house quickly, but there was a significant problem. We had no place to move into! We had torn out the bathrooms in our Alton Bay cottage and we still couldn’t find a carpenter to rebuild them. My sister Sharon and her husband Greg offered to let us stay with them at their home in Laconia, New Hampshire until we could find someone to rebuild our cottage bathrooms. Meanwhile, we had to empty all of our stuff out of our home and we brought it into a nearby storage facility. Greg let me use his truck and trailer and he helped me move the heavy furniture while several other friends helped pack and move boxes. It was a lot of work but we were able to empty the house in time for the sale date. The entire process of selling the house took about two weeks!

After we had been living with Greg and Sharon for a couple of weeks, Greg suggested that HE could possibly rebuild our bathrooms at the cottage. (Hmmm….did he really just want to get rid of us?) Greg is a man of many talents so this seemed like a good idea. He worked hard and within a short time, the cottage bathroom was finished. But, in an effort to “help” him, I ended up getting hurt. I was kneeling on the floor moving some building supplies when I heard a loud pop. It was my kneecap! The pain was intense and within a minute my kneecap swelled up.

As each day passed, the pain seemed to get worse. I could barely walk and I had too much going on to be incapacitated. We had Cassandra’s high school graduation coming up soon and we were planning to have a pretty big graduation party for her. The party was going to be held at my sister’s home because they had plenty of room inside the house and they also had a beautiful backyard. I called my doctor on a Saturday and he allowed me to come to his home to get a shot of cortisone in my knee to relieve the pain. Thankfully it worked great!

While my wife and sister planned the graduation party, I began to work on preparing the message that I was going to give at the school’s graduation ceremony. I’m not a good writer so I was struggling with this. I knew a few of the ideas I wanted to express but putting it all together wasn’t easy for me. For several days, I’d make little notes as ideas came to me, hoping that when it was all combined, it might make some sense. With only a few days before the graduation, it was time for me to get serious about putting the message together.  I laid out all of the scraps of paper on my sister’s coffee table and just as I got ready to start writing the first draft, my wife asked me to go to the grocery store to get some of the food for the party. While I was gone, my sister’s dog, Bailey, ate all of the notes!