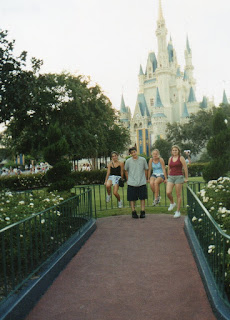 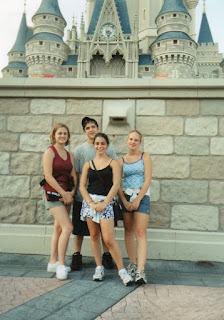 A brief introduction: My name is Paul Howley, owner of the Eisner Award winning pop culture collector’s store known as “That’s Entertainment” in Worcester, Massachusetts and a second store in Fitchburg, Massachusetts. Some people have called me the “luckiest man in the comic book business.” (I’m not) My stores have been around for over thirty years and it’s been a long and interesting combination of events and people that have brought these stores to this current place. It is not my intent to boast or brag about my store or my life. I just want to tell you my story. In many instances, my wife remembers things a little differently, but this is the truth as I remember it. The current cast of characters:
Paul Howley: age 46
Mal Howley: age 47
Adam Howley: my son, age 21
Cassy Howley: my daughter, age 17

MY LIFE WITH COMIC BOOKS: THE HISTORY OF A COMIC SHOP-Part 187

At the end of Cassandra’s Junior year of high school we presented the first “Adam Dean Howley Memorial Performing Arts Scholarship” at Laconia Christian School. Since the fund that we had started hadn’t earned enough interest in the account to make a significant monetary scholarship, Mal and I decided to donate the money ourselves. The school had distributed applications to any students who had interest in performing arts including singing, acting, dancing, or music. The interested students were required to write a short essay explaining why they enjoyed performing. After the applications were reviewed it was determined that the scholarships would be awarded to Andrew Hare, Natalie Robinson and Ian Jameson. All three of these students had been very active in the school’s drama program. The school allowed me to present the awards at the Awards Ceremony held in the gymnasium on an evening in June. I remembered the emotional presentation given by another parent a few years earlier who had started a school scholarship in memory of the son they had lost. Now I think I understood what they were going through. I had a tough time getting through my brief presentation.

During the summer of 2001 we decided to go to Disney World again. We allowed Cassy to invite some of her friends to come with us so she invited Katie Sanborn, Micah Tulley (and his football) and Danielle LeLeivre. We had rented a beautiful five-bedroom, fully furnished home with a pool, very close to Disney World, for only $850 for the whole week. I asked our friend, Mike Verhoeks, if we could borrow his new van so we could all fit comfortably for our long trip and he allowed us to take it. The 1500 mile trip down to Florida went smoothly (as did the trip home) and the sunny weather was great, although it was hot. We all got along nicely and Mal and I enjoyed watching Cassy and her friends having fun at Disney World. Mal and I knew Cassandra was planning to go to college in Florida when she graduated from high school and we started thinking that we might possibly move to Florida too.

Once we were back home in New Hampshire, we contacted Cassandra’s classmates to remind them that we had planned a fundraising car wash to raise money for those who couldn’t afford the upcoming senior class trip cruise. I had worked out most of the details for the trip already and the cost per student was quite inexpensive but it was still important for the class to work together to pay for this trip. While most of her classmates came and worked all day washing cars, we were kind of disappointed that some of the students who needed the most financial help didn’t bother to come.

Next chapter: Cassandra begins her last year of high school.

Pictures: Cassandra and her friends in Disney World.
Posted by paul howley at 3:02 PM No comments: