My Life With Comic Books Part 196 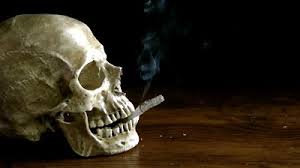 MY LIFE WITH COMIC BOOKS: THE HISTORY OF A COMIC SHOP-Part 196

The students in my daughter’s high school senior class were really exceptional young adults. They were polite, considerate, and they cared about each other. For the most part, they obeyed the rules that the school had set. However, one young man struggled with an addiction to cigarettes.

If any student was observed smoking, they’d be suspended from the school. If my memory serves me correctly, they might be suspended even if they smoked cigarettes at home. The rule was in place so that the students would carefully consider the consequences before they began smoking. Unfortunately, that didn’t stop Cassandra’s classmate from smoking. We spoke with Jake (not his real name) and warned him that if he was caught breaking the rules about smoking while he was on the senior class trip, he could be suspended from school and that could affect his ability to attend the upcoming graduation with his class.

Jake expressed his serious concern that he couldn’t possibly avoid smoking for the five days of the trip. We told him we understood but we’d still need to enforce the rule. One of the chaperones who had smoked cigarettes for decades before he quit, spent some deep one-on-one time with Jake to help him get through this difficult situation. Jake protested at first but he realized that he needed help. The chaperone taught Jake about the concept of “consequential thinking.” Decisions shouldn’t be made without thinking of the consequences of our actions. For some, this may seem obvious, but for others (especially young people) this isn’t quite as natural.

Over the course of the trip, there were some tearful moments and some loving encouragement for Jake. As far as we know, he was able to resist the temptation to smoke for the duration of the class trip.

Several weeks later, the senior class participated in “Senior Day” at the school. This is a short program for the seniors to impart some of their wisdom to the younger students. The soon-to-be-graduating seniors sat at long tables at the front of the gymnasium and answered questions from the audience of freshmen, sophomores, and juniors. When asked, “What was your favorite school event?”, several students declared that the cruise was at the top of their list. They learned about working towards a long-term goal (raising and saving the money needed to pay for the trip) and they learned to enjoy new experiences.

They were asked all sorts of other questions and all of the seniors seemed to have some good thoughts to share. But for me, the coolest wisdom given to the audience was when Jake shared the importance of consequential thinking.

Posted by paul howley at 8:29 AM No comments: