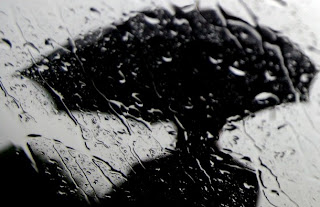 MY LIFE WITH COMIC BOOKS: THE HISTORY OF A COMIC SHOP-Part 183

The winter of 2001 was now gone and the ground was no longer frozen. It was time to bury our son, Adam. We had picked out a burial lot on a small hill in Union Cemetery. It was an awful feeling, knowing that this would mark the last place that Adam’s earthly body would occupy.

The day of the burial started at our home, with our friend, Meridith, practicing a song written by Dar Williams that she would sing at the cemetery with Cassandra. It was a meaningful song that pointed out that we are all “family” in many ways. Here are the lyrics:

Can you fix this? It's a broken heart.
It was fine, but it just fell apart.
It was mine, but now I give it to you,
Cause you can fix it, you know what to do.

We stood outside in the summer rain,
Different people with a common pain.
A simple box in that hard red clay,
Where we left him to always remain.

The child who played with the moon and stars,
Waves a snatch of hay in a common barn,
In the lonely house of Adam's fall
Lies a child, it's just a child that's all, crying


My brother-in-law Greg picked us up at our house and drove Mal, Cassandra and I to the funeral home so that we could see the casket. Five months before, at the memorial service, we handed out permanent markers and had encouraged friends and family members to write their “good-byes” to Adam on the casket. This was our private time to get to read what was written by the people who knew and loved Adam. After we were done, Greg drove us to the cemetery and I noticed that Laconia Monument Company had delivered the headstone to the gravesite.

When we arrived I was glad to see that the funeral home had put up a large tent over the open grave because it was pouring rain. The funeral director gave out black umbrellas to the hundred or so friends and relatives who came to the service. It reminded me of the burial scenes that were frequently in movies…dark, somber skies with a heavy downpour of rain and a “sea” of black umbrellas. I remember thinking that Adam would have appreciated the image.

After I got out of the car, Cassandra broke down in tears, sobbing for the first time in our presence since her brother’s death.

My memory isn’t very clear about the burial service anymore, but I do remember Cassy and Meridith singing at the front of the group of people. I also remember giving out over a hundred orange roses to the attendees. Then, our friend, Eric Robinson, conveyed an important message to everyone after someone handed out small white cards with the word “Why” on it. He explained that we shouldn’t ask why Adam died. The more important question is “what will we do now that Adam has died?” Will we be angry? Or depressed? Or will we learn to love people more while they are here with us? Eric asked everyone to drop the white cards into the open grave as a symbol of our decision to not ask why.

After the service we invited everyone to the home of my sister Sharon and my brother-in-law Greg. There were well over a hundred people there and while they ate food and shared more memories of Adam, I passed out copies of a videotape I had made that included clips from Adam’s short life. I included bits that had significant meaning to Mal and I…segments from birthday celebrations, holiday gatherings and from his many performances in plays. It had taken me several weeks to put these together and some of the relatives and friends appreciated the opportunity to learn more about Adam through the tapes.

By the time everyone had gone home, the realization had set-in that this was, most likely, the last gathering that would be about our son Adam.
Posted by paul howley at 6:38 AM No comments:

MY LIFE WITH COMIC BOOKS: THE HISTORY OF A COMIC SHOP-Part 182


I met my daughter Cassandra at her voice lesson one day during her junior year of high school. Her voice teacher, Dona Lynn Curry, was an experienced singer who travelled around the world in various singing groups for several years. For some reason, she felt the urge to move from south Florida to the “Lakes Region” area of New Hampshire and she began teaching voice lessons. My daughter learned quite a lot from Dona Lynn including vocal control and vocal performance techniques. Dona Lynn had put together a group of singers from several area churches and she called it “One Voice.” This group put on a fun Christmas program each year at a local school auditorium.

Dona Lynn asked me if I’d be willing to donate some money to the One Voice group so that they could purchase some costumes for the next Christmas program. I was happy to help her out with this. Shortly, she would help me.

As the snow began to melt and the ground thawed in New Hampshire, we realized we needed to make some decisions for Adam’s upcoming burial. We talked with the management at several local cemeteries to find out which place seemed best for us. We settled on Union Cemetery, the one that allowed plantings by the gravesite. Mal and I picked out a cemetery plot and ordered a black marble headstone from Laconia Memorial to be engraved with Adam’s “information.” We decided to have the happy and sad “theatre masks” engraved on the stone so that future generations could know how much Adam loved theatre. The engraver wanted thirty days to complete the headstone but I really wanted the headstone to be at the gravesite in time for the June 2nd burial ceremony so he agreed to get this done for us.

We asked our friend, Eric Robinson, if he’d be willing to speak at the burial and he accepted the task. We knew he’d communicate a meaningful message to anyone who would come.

As the school year came to an end we were surprised and honored that the senior class of Laconia Christian School dedicated their yearbook to us! It read:

“Dedication to Paul and Mal Howley:
Since they came to this area two and a half years ago, the Howleys have proved themselves true friends of Laconia Christian School.
Their constant help with fundraising activities, attendance at nearly every sporting event, help with the drama productions, Mr. Howley’s leadership on the school board, and countless other instances of behind-the-scenes aid have improved this school immeasurably.

Therefore, in memory of their son Adam, a good friend and brother who went to the Lord on January 9, 2001, the senior class would like to dedicate this yearbook to Mr. and Mrs. Paul and Mal Howley.”

As the date of the burial got closer, as we expected, it saddened us even more because we knew this would be the final “chapter” of Adam’s earthly life.
Posted by paul howley at 8:51 AM No comments: 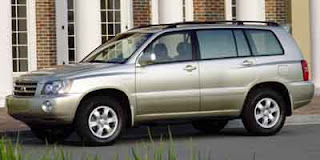 MY LIFE WITH COMIC BOOKS: THE HISTORY OF A COMIC SHOP-Part 181

Shortly after Adam’s fatal car accident we decided to buy a safer car for Cassandra to drive. It was time to replace our old Dodge Caravan anyway, so Mal and I went to shop for new car for Cassandra. We went to the local Toyota-Ford dealership and picked out a 2001 Ford Escape. It was a cute-looking, small SUV that we thought Cassy would enjoy driving. We called Cassy and asked her to meet us at the Irwin Zone dealership on her way home from school. By the time we had arrived there, Cassy had already decided that she didn’t like the Ford Escape at all. She had been talking with the salesman and he had just gone to bring up a new Toyota Highlander SUV. When it pulled up, Cassy loved it. It was much larger than the Ford Escape and it had lots of nice features. The only problem was that it was priced nearly $10,000 more than the Ford.

While Cassy enthusiastically urged us to buy the Toyota Highlander, I negotiated with the salesman, Noah. I had recently bought a new Toyota Camry from Noah and he was willing reduce the price but we were pretty far apart price-wise. Noah explained that this was the first year for the Highlander and these cars were in high demand with very few available. After a short time, it became clear that we were not able to put this deal together. When I made my final offer of $27,500 Noah checked with the sales manager and they declined my offer. I told Noah to consider my offer if anything changed because I’d really like to buy the car. Cassy was very disappointed, but she realized the car was far more expensive than the Ford Escape so we’d have to keep looking for a new car.

A few days later, during breakfast, Cassy and I were talking about the Highlander. She said, “Dad, you should reconsider your offer for the Toyota. You didn’t make the offer based on anything other than a made-up price. Can’t you call them back and make a deal?” I realized she was probably right so I agreed to call the dealership later that day. Cassy went off to school hoping that she’d get this new car.

About an hour later, Noah called me to see if I was still interested in buying the Highlander at the price I had offered. He explained that another dealership had requested that his dealership trade the car to them because they had someone interested in it. Rather than lose the sale to me, they decided to accept my offer. I went down that same day and bought the car. I was lucky. My patience paid off and now we’d feel more comfortable with Cassy driving this safer car.

A few days later, Mal remembered Adam’s “prediction” that we would buy Cassy a new car.

Within a year, the Ford Escape had over a dozen factory recalls. The Toyota Highlander was recognized by Consumer Reports as the “best” mid-sized SUV.

Next chapter: One Voice.
Posted by paul howley at 7:59 AM 2 comments: