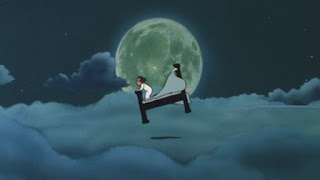 MY LIFE WITH COMIC BOOKS: THE HISTORY OF A COMIC SHOP:  Part #200

I’ve never had a dream that I believed to be any more than just a dream. I know that many cultures and religions believe that some dreams are inspired by God and I’m certainly not disputing that belief. It’s just that, for me, most of my dreams seem to be the result of thoughts that have been going through my head before I fall asleep. But I did have one time that my dream seemed very real.

I feel the need to explain something first. When Adam went off to college, there were times when I would barely think about him for several days. I knew he had started his new life away from us and our lives were quite busy. But after his accident, I really haven’t had ten minutes in a row without thinking of Adam. It’s not an obsession. I’m not haunted by the memories of him. It’s just that so many things remind me of Adam. Television, clothing, music, foods…the list seems endless. Anyway, I had this dream about a year after Adam’s accident.

It was a very cold winter day and Adam and I were on a long wooden toboggan getting ready to slide down a huge hilly road ( to be specific, it was Kent Drive in Hudson, Massachusetts). Even though, in reality, the steep part of Kent Drive is only about a mile long, in my dream it seemed as if it was several miles long. I was holding on tightly to the edges of the toboggan and Adam was holding onto my shoulders. For some reason, Adam wasn’t the twenty-one year old Adam... he was twelve years-old and I could hear his typical stuffed-up nose while he said to me, “Dad, don’t worry, there’s no reason to cry…I’m fine.”

We spent the rest of our ride together laughing and enjoying the thrill of the steep hill. When I woke up, I knew it was just a dream. Even though it wasn’t real, I felt relieved….Adam was safe and happy.