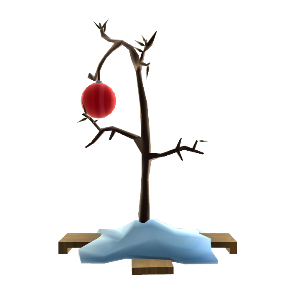 
MY LIFE WITH COMIC BOOKS: THE HISTORY OF A COMIC SHOP-Part 192


As the first Christmas without Adam neared, we knew it was going to be hard for us all. My siblings and my parents were all getting together for a “family Christmas” party and we didn’t want to spoil it because we weren’t in the mood to celebrate. I made a videotape message for them to play at the party explaining our emotions and I know that they all understood what we were going through.


Cassandra still loved Christmas so we needed to do something new for her. Mal and I decided that we’d try to change our traditional Christmas celebration.  We felt that it would be too sad to celebrate in our home and we knew that we’d still want to exchange gifts, so we booked a hotel room in nearby Concord, New Hampshire. We were torn…we didn’t want to be alone, but we didn’t want to ruin anyone else’s holiday. On Christmas Eve, we went shopping at a local mall. We just walked around aimlessly just in case Cassy saw something that she’d like to have. We planned to get up on Christmas morning, open our gifts and then Cassy, Mal and I would go out to a movie together. Not much of a Christmas.


We got up on Christmas morning and opened our few gifts. We sat around not saying very much to each other. It had been nearly a year since Adam’s accident but this was the first “big” holiday without him. It was going to be weird.


We heard a knock on our hotel room door. We were shocked and pleasantly surprised to see several of our close friends! They had come to visit us so we wouldn’t be alone. They sacrificed time with their families to help us through this difficult day. We decided not to go to a movie, opting instead to go out to lunch together. Cassandra insisted that she wanted to be alone and we reluctantly agreed to let her stay in the hotel room.


As I began writing this part of my “story” (about twelve years later) I wanted to mention our friends by name but when I contacted them all to confirm that they were the friends that spent that Christmas day with us, none of them even remembered being there. My memory is foggy about that day. I’ve decided that it probably doesn’t really matter exactly who was there with us. Whoever it was exhibited a kind of unselfish, caring love that helped us immensely. Their sacrifice was a true example of friendship that still affects me over a decade later.


Next chapter:  We dread the first anniversary of Adam’s accident.