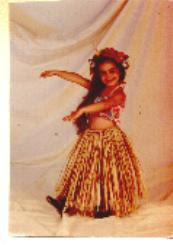 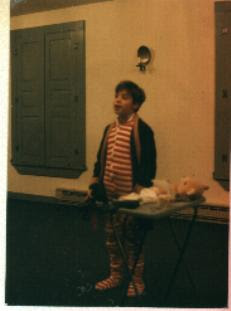 MY LIFE WITH COMIC BOOKS: THE HISTORY OF A COMIC SHOP - Part 60

I was stuck with the sloppy tenants in the apartment building I had purchased. These people were quickly destroying my property. The building wasn’t very nice when I first bought it, but now it was becoming a slum! I couldn’t legally force them out because they always paid the rent on time. Occasionally, I’d bring my two kids, Adam and Cassandra, with me to expose them to this situation as a learning experience. Both of them were shocked at how filthy these tenants were and we’d discuss that just because people are poor, there was certainly no need to be dirty. We discussed that the tenants were actually nice people but they were unnecessarily gross. My kids proclaimed that they’d never be messy like that.

It was around this time (the late 1980’s) that the real estate market in Worcester, Massachusetts, collapsed. As it turned out, I had purchased this property at the absolute peak of the market and the value was dropping fast. Fortunately, all of the tenants of the apartment building were paying their rent so this property wasn’t losing too much for me each month. The separate commercial building was another story.

We had rented the commercial part of this property for seven hundred dollars per month to a young woman who wanted to open a Jamaican restaurant. For the first two years she paid her rent although it was almost always a struggle for me to get it from her. I’d stop in after I closed my store and she’d say, “I’ll give it to you tomorrow.” But it usually wasn’t available the next day either. Some days she’d give me fifty dollars towards her rent and sometimes a bit more. But usually there was some excuse why she didn’t have the money. Since my store was located right next to her restaurant, I could see that she had lots of customers every day. There was a steady stream of people coming in and out of her building. I later heard a rumor that she had been selling drugs out of her restaurant. I asked a lawyer what I should do about this and he explained another stupid law in Massachusetts. Apparently, I could have my property taken away from me because somehow, as the owner of the property, I’m responsible for any illegal activity that takes place there. The problem was that until this lady was arrested and convicted of a crime, I had no right to evict her for “suspected” illegal activity! Eventually she got caught and was arrested and served a year in jail. A relative ran her restaurant while she was in jail and he paid the rent as best as he could. When she got out of jail she began to fall behind on the rent again. At one point she owed me nearly seventeen thousand dollars in back rent! I had tried to find a new renter but the economy in Worcester, Massachusetts was in a horrible recession and I could find no other interested parties.

In 1988 my wife, Mal, and my friend, Kevin Simpson, drove into Boston and waited in line for a few hours to get an autograph for me of Davy Jones (from The Monkees). This may seem unrelated to anything now but later in this story it becomes relevant.

My son, Adam, was really enjoying his time at The Imago School. He seemed to enjoy learning and he had an easy time making friends. His report card grades were always very good but it was always noted that he was disorganized. His desk was always the messiest in his class but somehow he could dig through the mess and find the work he needed. His teachers tried to get him to get more organized but Adam just didn’t seem to be bothered by the mess.

The Imago School was offering what they called a “classical” education. They were taught history, English, literature, Latin, math, science, and much more. There were no “after school” activities to divert attention and resources away from the students’ education. They did offer a few special activities though. One of the founders of the school would write an entire play each year based on The Reformation. These were historically based plays that included every student in the school. The plays weren’t very exciting but the students thoroughly enjoyed performing. The youngest students only had small “walk-on” parts but they understood that as they got older the parts for them would get larger. The system worked pretty well so that there wasn’t much envy or jealousy. It was understood that eventually, each student would get speaking parts. The Imago School Reformation Plays played a major part in developing my children’s interest in pursuing a career in acting and performing. These plays were two or three hours in length but all of the parents enjoyed them, or at least pretended to enjoy them. Even the parents who didn’t enjoy the play recognized the enormous amount of effort that was put into these Reformation plays.

The Imago School also had an annual “Fine Arts Revue” that showcased the talents of the students. Many students played classical violin and piano. The performers wore dress-shirts and ties or “school dresses”. It was a nice night of serious talent until Adam decided to perform. He decided to perform a funny song entitled “Under My Bed” dressed in his pajamas. Our friend, Allan Traylor played background guitar. The song was about all of the “scary” things that could be found under Adam’s bed. It was pretty funny and the audience liked it. Adam would go on to perform a funny song for each of his remaining years at The Imago School. Our daughter, Cassandra, took over that tradition when she later attended Imago.

In 1988 Cassandra began her gymnastics and dance lessons. She was the smallest kid in the classes and she was adorable!

Next chapter: A story about a few companies with lousy customer service (Topps Card Company, Upper Deck Card Company, and the company who manufactured Trivial Pursuit!)

Pictures: Adam singing at the Imago School Fine Arts Revue
Cassy as a Hula-Baby
Posted by paul howley at 6:14 AM