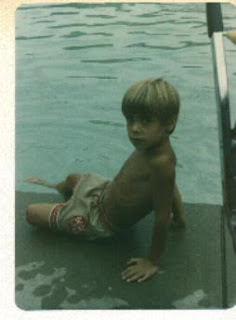 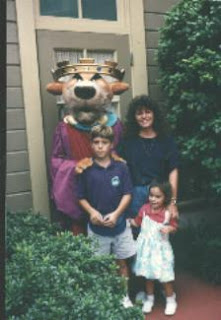 MY LIFE WITH COMIC BOOKS: THE HISTORY OF A COMIC SHOP - Part 67

A few months ago, my brother Jay expressed his shock and dismay at the way I retold my story of “The Talking Toilet Guy” and “The Smelly Lady”. He wondered why I’d be “proud” of being so inconsiderate to people who were obviously mentally ill. Other old friends have been surprised by my interest in casino gambling and they’ve questioned why I’ve mentioned it in my “life story”. Well, I’ve included these incidents in my story to paint a fuller picture of who I am. If I only listed the good and positive things I’ve done in my life and in my business it wouldn’t be an accurate portrayal of me. There have been plenty of times when I’ve been a jerk. I’ve been inconsiderate and rude. I’ve been greedy and selfish. I’ve treated many of my employees unfairly. I’m an imperfect, flawed human being and I’m not proud of any of these characteristics. But I am working on these issues. You see, I believe that we have the power to change ourselves with God’s help. There is a “textbook” with most of the solutions and answers that many of us are seeking. I believe that there’s quite a bit that I can learn from reading the Bible as I’ve been discovering these past thirty or so years. I’ll never be perfect but I am changing for the better as I hope you’ll notice, but I’m still planning to tell the whole story, warts and all.

1989 was a busy year for my family. Adam was working hard at The Imago School. Cassy was busy with her dance lessons. We took Adam and Cassy to Disney World again and then Mal and I went to Los Angeles (and Disney Land) without the kids. Our beautiful in ground pool was completely finished at our Bolton, Massachusetts home. Mal and the kids loved having the pool because they’d normally have to travel to a nearby town to enjoy a community pool. I was thrilled because they’d be able to enjoy the convenience of just walking out to the back yard to swim. I only enjoy swimming if the water temperature is above 80 degrees. That meant I didn’t swim very often because unless you heat the pool, the temperature rarely gets that warm. I’d occasionally break my rule just to play with the kids in the water.

At my store things were even busier. Business was at a point where I couldn’t handle the intensity with just a couple of part-time employees and myself. I had recently lost my only full-time employee, Pat, and I was searching for a replacement. There were plenty of people willing to work at my store, even for the low pay that I was offering. I think that most of them thought that it’d be fun. They probably thought we’d basically be sitting around reading and discussing comic books and collectibles all day but those easy days had come to an end. The store was now hard work.

We had hundreds of regular, weekly customers and hundreds more who shopped at our store slightly less frequently. We had to sort and save the weekly new comic books for all of the customers that were part of our “subscription” service. We had to evaluate and make offers on every collection of comic books, toys, records, and sports cards that we were offered. Then we’d have to “process” these collectibles. For comics, that meant we’d place them in special plastic bags that we had specially manufactured for us, tape the plastic bag closed, put a blank price sticker on the bag, put the collection in alphabetical and numerical order, and I would personally price every comic book. For sports cards there was a similar process but I had help from my employees when it came time for these to be priced. My days at the store were hectic and then I’d do all of the bookkeeping and bill paying at home. I needed a full-time employee that I could really count on and most importantly I’d need someone I could trust. Honesty and loyalty were my two main criteria during my search for another full-time employee.

While I was looking over some possible candidates I got a phone call from a woman in Worcester. She explained that she was responsible for liquidating the estate of the former owner of “Colonial Stamp and Coin,” a collectible store that was once located in Worcester. She told me that her uncle had owned this store and that he had a huge inventory of old comic books that he used to sell until there was a devastating fire in the late 1970’s that closed the store. He had a warehouse filled with coins, stamps, comic books, cards, and magazines that he had not yet brought to his store. After he died, this woman was named as the executor of his estate and she was efficiently getting rid of everything. She had already sold the coins and stamps and was in the process of completing the deal to sell off the large baseball card collection. She was now entertaining offers on the comic book collection.

Although my “policy” was that the comic books must be brought to my store in order for me to properly evaluate them and make an offer on any collection, I decided to make an exception for her. I tried to set up an appointment to see the comic books as soon as I closed my store that night but she explained that she had a competitor of mine already scheduled for that evening. She assured me that she wasn’t going to sell these comics without getting at least two bids so I would get an opportunity to see the comic books the next day. I called my part-time employees and asked them to fill in for me at the store while I bid on this big collection.

When I arrived at the storage building I was surprised to see hundreds of boxes and piles of comic books from the 1950’s to the late 1960’s in varying conditions with most of them being in near mint to mint condition. She explained that her uncle would buy collections of comic books and only bring these copies to his store when he sold out of similar issues. Many of the comic books in this collection were comics that were not eagerly sought-after in the 1970’s but they were really hot now! This was bigger than I had anticipated. I started in one corner and carefully evaluated each and every comic book. I wrote the price I would offer for each book in my notebook and worked as fast as I could. It ended up taking two full twelve-hour days to finish this process and make my final offer. After this painstaking work, I was told that my offer was only four hundred dollars higher than the competing comic dealer’s offer. She explained that the other dealer came in and barely looked at the collection and just made an offer off of the top of his head. She appreciated that I took the time to go through everything so carefully and she accepted my offer. I paid her and began making dozens of trips from the storage building to my store to unload this new collection.

Collections like this one are very scarce. I have always had a great inventory of old comic books and we are well known for having comics in stock that are very hard to find. But this collection was important because we actually needed over two thirds of it in our stock. This collection had complete runs of the famous EC Comics including Tales Of The Crypt, Haunt Of Fear, Weird Science, Crime Suspenstories, and dozens more. There were also great groups of the pre-hero Atlas Comics including Tales of Suspense, Journey Into Mystery, Strange Tales, Tales To Astonish, and more. These books were scarce and I knew they’d sell quickly to eager collectors. Normally I’d try to get this collection ready for sale and I’d “premiere” the collection as a special event but I knew it would take me such a long time to price these comic books because I didn’t have any full-time help. Also, I had paid such a high price for this collection and I’d need to start recouping my investment as soon as possible. As soon as I could price a full box of the comics I’d make them available for sale. Many of the comic books sold right away. I had several other comic book dealers buy full runs from me before my customers even got a chance to see these comics!

As I was busily pricing this massive collection I got a call from my friend Hank. He wanted to try to convince me to buy his Fitchburg store. I told him that I had recently spent a small fortune buying this collection but I would still meet with him after I closed my store that night.

Next chapter: Hank makes me an offer I can’t refuse. Sort of.

Picture: Adam at a local pool, and Mal, Adam, and Cassy in Disney World again.
Posted by paul howley at 6:44 AM