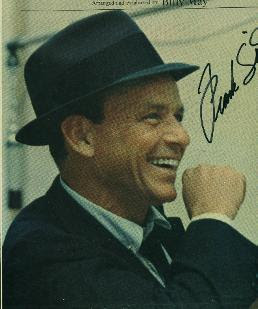 MY LIFE WITH COMIC BOOKS: THE HISTORY OF A COMIC SHOP-Part 129

In 1998, my son, Adam, and I spent three weeks in California together because, as part of his high school graduation requirement, he was interning for my friend Kevin Burns who was a vice president at Twentieth Century Fox Studios. I was quite concerned that spending three weeks together in a small hotel room could cause conflicts between us so I tried to plan some fun things for the time that Adam wasn’t working.

I allowed Adam to chose a restaurant each night for dinner. Most of the time he was happy to eat at “Taco Bell.” As long as there was plenty of food to eat, Adam was satisfied. We also spent several nights searching local used clothing stores on a hunt for an authentic “Zoot Suit.” Adam was very interested in swing-dancing at that time and he knew his best-friend Phil Doreau would get a kick out of seeing him in a real “Zoot Suit.” Adam finally found something pretty close to authentic. Although I hated to spend time shopping, Adam loved to shop, especially when his parents were paying. Shoes, clothes and music were his favorite things to buy. I didn’t always understand this. I figured most men only really needed one pair of shoes and a pair of sneakers. Adam had dozens of pairs of shoes. It was obvious that Adam and I were different, although many people thought we were quite similar.

We were the same in one way though. We both missed the women in our lives. I missed my wife, Mal, very much, and I certainly missed my “little princess,” Cassy. I called them every day that we were away. This was before the convenience of inexpensive cell-phones so every call had to be made from our hotel room at great expense. As important as these calls were for me, I knew that Adam needed to talk with his girlfriend, Meridith, each day too. Over the three weeks we were in California I’m sure we spent hundreds of dollars on phone calls to our loved ones. It was an expense I was certainly willing to spend and Adam appreciated it.

Adam and I both loved to go to see movies and we decided we “needed” to see a major film while we were in Hollywood. The huge blockbuster, “Godzilla” was opening one night so we chose this as the movie to see and found a state-of-the-art theatre that was showing it on a 90-foot-long screen with “surround-sound.” I contacted Tony Russo, a good customer and a friend from my Worcester store who had recently moved to the Hollywood area, to see if he’d also enjoy going to the movies with us. Although the movie wasn’t a great film, it was nice to see it in such a beautifully equipped theatre.

Adam and I started each weekday morning by watching a television news show called “Good Day, Los Angeles.” The show was a standard mix of news and entertainment but there was a difference. There was a female cast member named Jillian Barberie who seemed to understand how “cheesy” the show was and she was frequently sarcastic to the other news-anchors. She was so entertaining that it was the perfect encouragement to get Adam to wake up on time each morning for work. We were both eager to see what she would do or say next. One morning while we were watching, there was a story about a murder in Encino, California and the police believed that the murderer was still in the victim’s home. It didn’t take long before the reporters on the scene revealed that the murdered man was Phil Hartman. Phil Hartman was an actor that Adam and I enjoyed because of his work on “Saturday Night Live,” “News Radio,” and as the voice of Troy McClure and Lionel Hutz on “The Simpsons.” Sadly, we watched the television while it was reported that Hartman’s wife, Brynn, was revealed to be the killer. She shot him while he slept and then committed suicide with her two children in the home.

There was another celebrity death while we were in California. On May 14, 1998 Frank Sinatra died. Adam was at work and I was sitting in my hotel room when I heard the news of Sinatra’s death on the television. I called my wife, Mal, to ask her if she’d heard the news. Mal knew how much I loved Frank Sinatra’s music and we talked about what a significant influence he had on the music world. Later that day I got a phone call from my brother-in-law Greg. He had heard the news about Sinatra and he called me “just to make sure I was okay.” I was very touched that he was so thoughtful but I explained that this wouldn’t affect me in the same way as the death of John Lennon. Lennon was murdered and he still could have created music for several more decades. Frank Sinatra had lived a full life. His health had deteriorated. The last time I saw Frank Sinatra in concert (in 1992 or 1993) he needed huge “tele-prompters” because he had trouble remembering the lyrics to songs that he had been singing for almost forty years. Soon after that, he was no longer physically able to perform in concerts or record new music. Every bit of music that Frank Sinatra would ever create was already done and, thankfully, it was readily available for music fans. If there had been a possibility that Frank Sinatra could have gotten his health back so that he could sing again, I would have been sad because of the loss of potential. In this case, knowing this was not meant to be, I felt sympathy for Sinatra’s family but not for me. I’d still have his music. In hindsight, it still surprises me that out of all of my family and friends who were all aware of my “obsession” with Sinatra, only Greg called to see how I was affected by his death.

The very next day, as Adam and I were visiting with my friend, Kevin Burns, he received a phone call from a close friend of Nancy Sinatra who asked if they could meet to discuss something important. This man came rushing over to Kevin’s beautiful Beverly Hills home to “pitch” a television idea to Kevin. We all talked a little bit about Frank Sinatra and the man told us some of the details about the funeral arrangements. It was eerie that I was suddenly privy to information that most of the general public would never know.

The visitor was also the manager of Stefanie Powers, the actress from the television shows of “The Girl From Uncle (a short-lived spin-off of “The Man From Uncle”),” Hart to Hart,” and most recently, the “Hart to Hart Reunion” television movies. He explained that the “Hart to Hart” movies were coming to an end and then proceeded to “pitch” an idea for a potential new series of “The Girl From Uncle” in which Stefanie Powers would portray the head of the Uncle organization. Kevin respectfully listened to the ideas, gave some advice to Ms. Powers’ manager, and the visitor left. During our three-week stay in Hollywood Adam and I met some very nice people who were connected to show business in various ways but we also noticed that there were some people who seemed to use the friendship “angle” to constantly try to get something for themselves out of the relationship. We both felt badly for Kevin sometimes. I was glad that Adam wasn’t getting paid for his intern work for Kevin so that I wouldn’t be taking advantage of my true friendship with Kevin.

When Adam’s internship was completed, we returned home to Massachusetts with good memories. Kevin Burns was a wonderful and entertaining host. Adam wrote his “journal” report that was part of the requirement for his high school graduation and received an “A” for his effort. His graduation was coming soon. He was almost done with his high school experience but he had still not made a final decision about where he was going to go to college. We also had not found a high school for our daughter to go to and we didn’t have any reasonable options.

Next chapter: We come up with a “crazy” idea!
Posted by paul howley at 6:32 AM