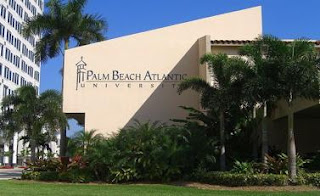 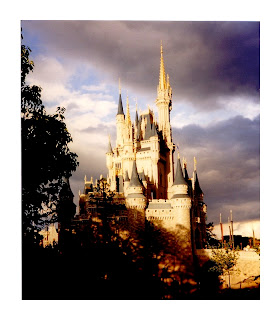 
MY LIFE WITH COMIC BOOKS: THE HISTORY OF A COMIC SHOP-Part 179

Our daughter, Cassandra, was seriously interested in attending Palm Beach Atlantic University of West Palm Beach, Florida, when she finished high school so we had previously made an appointment to visit the college during her February school break in 2001. Even though she was only a junior in high school, we encouraged her to plan ahead so that her college decision could be completely evaluated without any deadline pressure. Taking a trip wasn’t something that Mal and I wanted to do so soon after Adam’s death but we’d try to make the best of it. My parents spent the winters on the west coast of Florida and we had arranged to meet them, along with my sister Sharon and her youngest son Jake, at Disney World, after we toured the college.

We had decided to drive the 1500 miles each way so that we wouldn’t be stuck with an airline schedule, just in case the trip went badly and we needed to get back home sooner than we had originally planned. We left New Hampshire and by the time we got to Connecticut we got hit with a huge snow and ice storm. The traffic was moving at about 10 miles per hour because the roads were so icy. Our Toyota Camry was pretty good in the snow but mid-way through Connecticut our windshield wiper motor stopped working. We eventually found a Toyota dealership that was able to replace the motor which was still covered by the warranty. Unfortunately, this took most of the day. The weather forecast predicted snow for several hundred more miles along the east coast. Our appointment at the college was two days away and Mal, Cassy and I were frustrated enough to consider cancelling this trip. After some discussion, and with some reluctance, we decided to persevere. We stayed overnight at a hotel in southern Connecticut, hoping the snowstorm would stop. It didn’t. The next morning we continued our long, slow trip.

We eventually arrived at Mal’s sister Ginny’s home near Orlando, Florida. We visited with Ginny and her husband Denis that evening then left very early the next morning to drive the long, boring ride across the state to West Palm Beach.

By the time we reached our hotel, we checked in, showered, changed clothes, and headed to the college for Cassy’s scheduled tour of the campus. As we neared the college, we asked a student for directions to the administration office. The young man introduced himself to us (Mike Dee, soon to be the world-famous singer in the band “Tenth Avenue North”) was very helpful, and as Cassy pointed out, “very cute.”

The campus was comprised of mostly new buildings painted a pinkish-coral-color (very south Florida-style!) and the grounds were filled with beautiful, expertly trimmed exotic plants and palm trees. The temperature, for mid-February, was a nice high-70’s. As we explored the campus, Cassy remarked, “This place is like Disney World!” She was sure this was where she’d go for college. She knew her grades were sufficient to qualify for admission (she had a straight-A average in high school) but to get accepted into the musical theatre program she’d need to return to the college next year to audition. She’d worry about that the following year. Right now her decision was made. Cassy would be moving to Florida when she finished her high school.

After the college tour was over we headed back to Mal’s sister’s home. The next morning we met my parents, my sister, and her son Jake, in Disney World. I don’t remember much from the time we spent there. One memory is still quite vivid though. We watched the performance of the musical “The Hunchback of Notre Dame” and Mal and I were both struck by how much the lead female actor reminded us of Adam’s girlfriend, Meridith. Mal and I held hands and cried together. Almost everything we saw during that trip to Disney World reminded us of Adam. This was no longer the “happiest place on Earth” for us.
Posted by paul howley at 7:15 AM