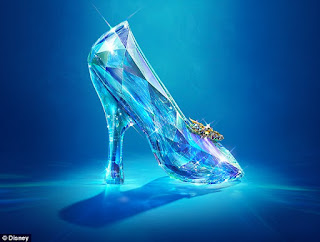 MY LIFE WITH COMIC BOOKS: THE HISTORY OF A COMIC SHOP:  Part #202

My daughter’s eighteenth birthday was coming up soon and she wanted to do something special for this “milestone.” We rented a banquet hall in a nearby town and hired our nephew, Jesse, to be the DJ for the event. Cassy invited over fifty of her friends from her high school and almost all of them confirmed that they’d attend. While it was mostly going to be a “dance party” we’d also provide food and beverages.

While the planning for her birthday bash was ongoing, we were still working on the high school musical play that was coming up near the end of the month. “The Truth About Cinderella” was a comedy musical that would feature over thirty-five students as actors and about a dozen students and adults involved in the backstage areas including set design, costuming, choreography, makeup, and vocal preparation. The play would be directed by Brenda Carney, a talented volunteer and the school’s drama teacher. I wasn’t very involved this year but I did coordinate the ticket sales at our new performance location at the Newfound Regional High School in Bristol, New Hampshire.

The play was a success and it was nice to see several “new” actors take on larger roles than they had previously done in the past four years of the drama program.

As Cassy’s last year of high school was nearing the end, our lives were pretty busy. We had lots of details to take care of to wrap up the school year. In late May, the senior students put on the “Senior Banquet.” At this banquet, parents and friends are invited to a dinner prepared and served by the junior class and entertainment including students from both the senior and junior classes. My parents drove up from Massachusetts to be there. I remember it being a nice evening but at the end of the night, representatives of the senior class asked me to be the speaker at their high school graduation ceremony! They must have been crazy! I accepted the invitation but then I was told that I’d have to wear a suit and tie! YIKES! For the past four years, I’ve pretty much worn a white t-shirt and blue jeans every single day.

Cassy had been accepted into the Musical Theatre program of Palm Beach Atlantic University in West Palm Beach, Florida for the fall. Mal and I discussed the idea of moving to Florida to be near her, just in case she needed us (or, more likely, we needed her!) We had recently bought a cottage in Alton Bay, New Hampshire that we were renovating and we had a large home in Gilford, New Hampshire. We’d need to try to sell the Gilford home before we could move. We had torn out the main bathroom in the Alton Bay cottage and we were having trouble finding a good carpenter to rebuild it. Everyone we knew in the building business was very busy on other projects and couldn’t help us.

We called several real estate companies and set up appointments with them so they could pitch us their marketing ideas on our home in Gilford. After each representative gave us their plan for selling and marketing our house, we’d say, “Well, while we’re considering all of the potential realtors, if you know of anyone seriously looking for a house like ours, we’d be happy to give you a one-day exclusive right-to-sell agreement.” One realtor snorted, “Oh, we don’t do business like that!” Another pretended that they’d consider it but it was pretty clear that they were not really interested. The fifth realtor, Judy McShane, said, “Hmmm. Let me think for a minute. I might have someone who’d be interested.”

Next Chapter: The craziness begins!

Labels: The Truth About Cinderella