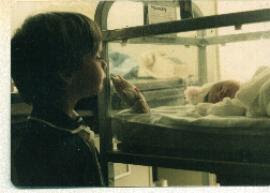 MY LIFE WITH COMIC BOOKS: THE HISTORY OF A COMIC SHOP - Part 34

When legalized gambling in Atlantic City, New Jersey, was started in the late 1970’s, my partner Jay and my wife Mal, and I went for an evening of entertainment. The Resorts Hotel was the only hotel with a casino at that time. As we walked in I was told that I couldn’t get in without a dress jacket and when I told them that I didn’t have one, they had to lend me a jacket. Casino gambling was much more elegant in those days. We played blackjack for almost eight hours and we lost about $30.00. That was a fun and somewhat inexpensive night of entertainment. Over the next six years I learned to play blackjack “by the book” and I’d frequently have winning sessions. Of course, I’d have times where I’d lose some money too. Mal didn’t really enjoy gambling because she hated to lose. If she lost twenty dollars she’d realize that she could have bought a pair of shoes for that same amount of money. She would frequently go to the casino with me but she’d just stand and watch me play. She didn’t seem to mind if I lost money gambling and she’d cheer for me if I won.

Occasionally, my father would come with me to Atlantic City. We would play blackjack together for hours and I always had a great time with him. By the mid 1980’s my father was treated to free airfare to Atlantic City as well as free hotel rooms and food because he had become a frequent “player.” Luckily, my father was usually careful with his money so the gambling trips didn’t become a problem for him. He just enjoyed these trips as fun entertainment and I’d enjoy spending time with him.

On May 8th of 1984, Mal’s doctor told her that she was in the beginning stages of labor and urged her to go to the hospital. Since her labor pains weren’t too horrible yet, we stopped at Jimmy Talbot’s comic book store, Bop City Comics, so I could buy some comic books to read while we were at the hospital. Jimmy and I chatted about comics while Mal’s labor pains increased. When we finally arrived at the hospital they were waiting for us and they told us that they were wondering what took us so long. I’m sure they must have thought I was crazy. Mal was in labor all night but it became evident that she wasn’t actually ready to have the baby so we returned home. This was fine for me because the lady in the room next to us was screaming in pain throughout the whole night!

The next day Mal played cards and Scrabble with our neighbor, Louise Ruth, until the labor pains became so painful that it was apparent that this was the real thing! She called me at the comic store and I quickly drove home and we went to the hospital again. Mal was in labor all night. On May 10th of 1984 my wife gave birth to our second child, Cassandra. We had been hoping for a baby girl so we’d have one of each. So now, with our son, Adam, we were satisfied that this was our family. Adam wouldn’t be an only child. I’d have a son to goof around with and Mal had a girl to enjoy. Our life was going according to our plan.

When we had finally brought Adam home from the hospital after his health problems were resolved, he began to sleep straight through the night after about a month. Cassandra was not so accommodating. She would cry each day from 5:00 PM to 11:00 PM. Actually it was more like screaming than crying. It didn’t matter what we tried to do. We’d walk with her, rock her, sing to her, and we even tried driving her around in our car, but nothing worked. Our doctor said she was just “colicky” and that she’d eventually stop but because of my lack of patience (one of my bad traits) I would stay at my comic book store as long as I could just to avoid Cassy’s screaming. I got a lot of work done at the store but I wasn’t much help for Mal. This continued for almost three months before Cassy finally became a pleasant baby.

Adam was excited about having a baby sister. He didn’t seem to be jealous of all of the attention Cassy was getting. He was enjoying his time at The Power Prep pre-school. Adam loved learning and he loved interacting with the other kids in his school. Mal had always helped organize “play groups” so that Adam could get together with local kids his age. Each week the playgroup would be held at a different house in our neighborhood so that the kids would learn to socialize in different settings. By the time Adam was in pre-school he was very comfortable playing with boys and girls. It was during this year in pre-school that Adam experienced his very first starring role in a theater production of “Caps For Sale”. My mother and father sat in the front row with Mal and I as we proudly watched him act. As usual, my viewing of this event was seen through the viewfinder of a video camera. (Many of the most important events in my children’s lives would be seen that way.)

Next chapter: We consolidate our two stores into one.
Picture: Adam visiting Cassy in the hospital
Posted by paul howley at 5:20 AM