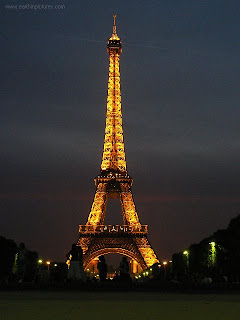 MY LIFE WITH COMIC BOOKS: THE HISTORY OF A COMIC SHOP-Part 99

In the mid-1990’s, my sister Sharon’s husband Greg was offered an opportunity to work for a year in England. The American company he worked for needed to increase sales in Europe and they knew Greg could successfully tackle this project. Greg moved his wife and three children into a large, rented home in Windsor, England.

We had made the decision to cut back on expensive vacations in order to afford Adam’s expensive private high school education but when Greg and Sharon offered to let us come to England to visit them we jumped at the chance. We had enjoyed our previous trip to England in 1991 and we knew we’d like to go back and with the offer of “free” housing it was an offer we couldn’t turn down. Mal loved my sister and she was eager to see Sharon again. My kids also loved their cousins and they enjoyed being together whenever it was possible, which wasn’t often enough since my sister had moved away to New Hampshire.

We planned to spend a week with Greg and Sharon exploring England, a week in France, and our third week with Greg and Sharon. When we arrived, Greg arranged to have us picked up at the airport. We spent the week traveling and sightseeing with Sharon as our unofficial tour guide while Greg was working. We enjoyed his time with us after work ended. Sharon is a really good cook and we enjoyed quite a few “home cooked” meals but we also had the chance to eat out in some local restaurants including “Ye Old Beefeater.” During our visit to England we ate there a couple of times because the food was so much better than most other English restaurants. About three weeks after we got back to the United States we began to hear news reports about the outbreak of “Mad Cow Disease” found in English beef!

While we were in England, Chris, my store manager, called to tell me that he planned to fire one of the managers of my store in Fitchburg, Massachusetts. I was sad to hear that things had developed that way because we all really liked this employee. He was liked by many of our customers and he was fun to be around but it was decided that he just wasn’t able to properly do his job as a manager.

For example, we had a great relationship with the manager of the local movie theater. The theater would allow us to set up a large display in the lobby of the theater to advertise our store if we would agree to put up movie posters in our store to direct our customers to this particular movie theater. One of the more artistically talented guys at our Worcester location, Ken Carson, was willing to design and assemble these theater displays so there was no excuse that we wouldn’t have some free advertising for any comic book related movie. When the feature film version of “Casper The Friendly Ghost” came out I asked the Fitchburg store co-manager why we didn’t have a display in the theater lobby. He tried to explain to me that even though “Casper” was indeed based on a comic book, he saw no need to promote our store at that time. He actually said, “We have enough customers already.”

On another occasion, when he was instructed to maintain an inventory of “essential” trade paperback editions of popular comic series, he replied, “We already have plenty of other editions available. I’m sure the customers will just buy the ones we have.” The final straw was when he began to sell his own comic books at a local flea market and we found out that he was directing our store customers to shop at his flea market booth instead of buying the comics at the store. This couldn’t be tolerated. So, after fifteen years in business with no people being fired, we believed it was necessary to fire this employee. It was an awful feeling because this employee was, over all, a really nice guy. I was a little troubled because this was going to be done while I was out of the country but I knew I needed to trust Chris on this. Thankfully, the employee found another job very quickly.

After a week in England with my sister, my family and I traveled to Paris via the high-speed “Chunnel” train. My young daughter, Cassy, worked at learning important French words and I was amused at her efforts to list these words and phonetic pronunciations in her small notebook. We were prepared to be treated rudely by the French because none of us spoke the language but we were pleasantly surprised at how courteous the citizens were. We did find out that one stereotype about Europeans was true. Most people we encountered had horrible body odor. Apparently, deodorant wasn’t a hot-selling item over there. It didn’t help that Paris was in the middle of an unusual heat wave and the temperatures were well into the mid-90’s every day we were there. Mal and Cassy would put a lot of perfume on their sleeves before we left our hotel each morning so that when they were suddenly overwhelmed by the people’s odor, they could block their noses with their sleeves and at least smell something good. Adam and I didn’t mind too much but Cassy was so short that she was always stuck under someone’s armpit on a subway train or in an elevator.

Our week in Paris included lots of the usual tourist destinations including museums, churches and castles. Our only mistake was that we planned to be in Paris during “Bastille Day.” This was the equivalent of our “Fourth of July” holiday and the French people went “crazy” on this day. Fighter jets flew directly over our hotel building while huge parades blocked the streets. Thousands of noisy people crowded the streets and we were kept awake long into the night by the sound of exploding firecrackers. Although we all enjoyed our week in Paris, my kids were sick of touring castles and they were eager to get back to England to see their cousins; Emily, Jesse, and Jacob.

Next chapter: The end of our big vacation and I take a huge pay-cut.
Posted by paul howley at 7:20 AM