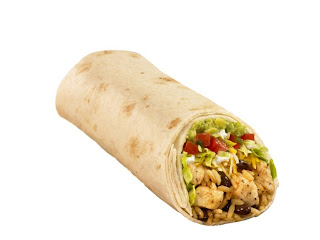 MY LIFE WITH COMIC BOOKS: THE HISTORY OF A COMIC SHOP-Part 132
“The big family move!”

During the summer of 1998, my family got ready for some really big changes. Adam worked full-time to save money for his college expenses. He was heading off to The Boston Conservatory in the fall and he would need enough money to enjoy himself for his first semester. We had an agreement that we’d pay for half of his tuition and room and board (we’d pay a higher percentage if he got good grades) but he would be responsible for his own “fun” money. If he wanted money for pizza and other entertainment, he’d need to save during the summer while he was working because the Conservatory warned us that, as a theatre major, he’d have no time available to work during the school year. His schedule was going to be very intense and loaded with both “core” academic classes and acting, dance, and voice lessons. His school day could go from early in the morning until late into the evening. He was going to a very busy guy.

In addition to working his full-time job, Adam had decided to continue his involvement in local community theatre by co-directing “You’re A Good Man, Charlie Brown.” This would involve lots of days when he’d have to go directly from his job to the play practice but this was made more enjoyable for him since his girlfriend, Meridith, had the lead role of Lucy.

Our daughter, Cassy, had graduated from eighth grade at The Imago School and she was now accepted to Laconia Christian School in Laconia, New Hampshire for the fall semester for high school. Cassy got the lead role of “Kim” in a local community theatre production of “Bye, Bye, Birdie,” so she was going to be very busy all summer.

This summer was also going to be a busy time for Mal and me. We needed to make all of the arrangements to move from our home in Bolton, Massachusetts to Laconia, New Hampshire. We had decided to keep our house in Massachusetts, just in case the situation in New Hampshire didn’t work out so we spent some time looking for a place to rent near my sister Sharon and her family since we enjoyed their company. We had a few decent options and chose a condo rental which was down the street from Sharon and a reasonable fifteen-minute drive away from the high school. This was a fully furnished, two-bedroom, two bath, unit on the second floor of a former apartment building that had been turned into condominiums. The monthly rent was $650 so even with the full school tuition and rent combined we were still paying much less than just the tuition cost at “Lexington Christian Academy” in Massachusetts. Mal and I were eager to begin this new adventure in New Hampshire but Cassy really wanted to stay in Massachusetts with her friends, especially her best friend, Bethany Tobia.

Cassy and Bethany were the kind of friends who shared all of their innermost secrets with each other. When they were together, which was most of the time, they were usually laughing or giggling. In fact, in August, as an eighth grade graduation gift, we treated Cassy and Bethany to a cruise to Bermuda and they laughed (and flirted with boys) through the whole week. Both of these girls were trustworthy, responsible and very well behaved. Cassy was an especially good girl. The only exception was one time that is now known as “The Great Burrito Licking Affair.”

One winter, while Cassy was attending the Imago School for eighth grade, a few of the “mature and responsible” older students were asked to help prepare some Mexican food for the whole school during a week-long event known as “Winter Carnival.” Cassy and her classmate, Marta, were two of the students asked to help. While they were preparing the burritos Cassy thought it would be “funny” if she actually licked each burrito! Cassy and Marta were laughing at the thought of watching their schoolmates eat the burritos after the shells had been licked. Cassy really thought it was hysterically funny. She assumed it would be safe because the burritos were going to be cooked after she licked them so she thought that no one would get sick. The girls made two mistakes though. First of all, they shouldn’t have done it in the first place, and second, they shouldn’t have told other kids about it. One of the students, Pete McNamara, thought it was very funny too, but he told his mother and she didn’t get the humor. She reported it to the school principal who then felt obligated to take disciplinary action against Cassy and Marta. The two girls were suspended from school for a short time and they weren’t allowed to participate in the very popular “Winter Carnival” events. This was the only actual “trouble” that Cassy got into during her time at the Imago School.

Although Cassy was reluctant and sad to leave her friends from Massachusetts, she realized she had no choice. The public high school was not an acceptable option for her and there was no opening at the private school that Adam had attended. Mal and I were convinced that New Hampshire is where we all needed to be. Besides, it was a new adventure!

Next chapter: The move.
Posted by paul howley at 6:23 AM