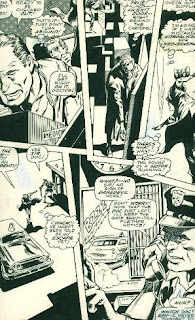 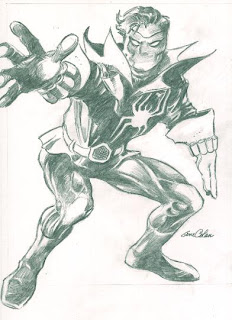 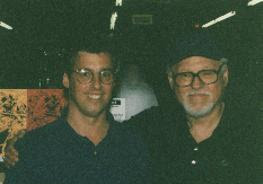 MY LIFE WITH COMIC BOOKS: THE HISTORY OF A COMIC SHOP-Part 134

I began reading comic books when I was about five years old. I enjoyed the fantastic adventure stories and the colorful artwork, although I really couldn’t tell the difference between most artists’ styles. The artists working at the “Big Two” publishers in the 1950’s and early 1960’s had talent but were not very distinctive to my young eyes. In fact, I wasn’t really aware that “real” people drew the comic books until I bought a copy of DC Comics “Flash Annual” #1 from 1963. There was a feature in this issue titled, “How I Draw The Flash” by Carmine Infantino that actually explained how he drew the character. From that moment on, I paid more attention to the artists. After a while, it became pretty easy to determine which artist drew the stories even though many comic books failed to “credit” them. Dynamic artists and artists with their “own” style of illustrating were few and far between but some did make an impression on me as a young reader and collector. Jack Kirby (The Fantastic Four), Steve Ditko (The Amazing Spider-Man), and Carmine Infantino (The Flash), were some of my favorites. Kirby was dynamic. Ditko was strange. Infantino was sleek. But there was one artist whose work was so different that it really impressed me. He was the only artist who could draw “movement.” He experimented with oddly shaped panels with characters swinging in and out of sight. He blurred the image and used heavy shadowing to convince the reader that this was a super-hero of action. This artist was dynamic, strange, and sleek, all in one package. This was Gene Colan!


Gene Colan had been working as a comic book artist for many years before I became aware of him. He was under contract with another company when he began to do some work at Marvel Comics in the 1960’s under the pseudonym of “Adam Austin.” I can’t believe that this false name really helped because his style is so distinctive. After a few months, he began to use his real name. Within a few years, Gene Colan had illustrated Iron Man, Doctor Strange, Submariner, and Daredevil. Many comic book fans consider Gene’s version of these popular characters to be the best versions. In the 1990’s he was considered to be one of the top artists of the “silver-age” of comics. So, imagine my excitement when Gene Colan agreed to be a guest at my comic book store in Worcester, Massachusetts!

We had hosted many artists, writers, and celebrities at our stores over the years but the biggest thrill for me was to host people whose work I loved. We had my childhood favorite, Davy Jones of The Monkees back in 1993, and now we were having one of my favorite comic book artists! This happened because of the hard work and dedication of Ken Carson, one of our part-time employees. Here, Ken relates how this appearance came about:

“I saw that Gene was soliciting commission drawings in the national trade journal for the comic book business, “The Comics Buyers Guide.” There was only a fax number listed, so I decided to contact him about making an appearance, and quickly typed something up without much expectation of success. But just a few minutes after the invitation went out, a return fax came in, accepting. I remember you being shocked when I came down from the office to tell you Gene and his wife Adrienne were coming to the store, because it came completely out of the blue.

Two days a week at That’s Entertainment was my schedule at the time, but I worked from home on the event. It meant a lot of contact with the Colans in the weeks leading up to the big day.

From our press release, “The Worcester Phoenix” (a local newspaper) set up a nice interview. We asked Kevin Hall, a huge Daredevil fan and a long-time customer, if he’d do a special interview with Gene, just for our website.

When I called one day to firm up details, Gene asked me if I thought anyone would come to see him; he had appeared at a store in New Hampshire or Vermont and just a few people attended. I assured him our clientele would turn out to meet him, and that we would promote it right. We had already received inquiries from fans from New York and Canada about the appearance.

Before the event, Adrienne mentioned that she was working on an idea to raffle Gene’s remaining original art, and that was when I mentioned Internet auctions. I also offered to try to sell some of his original art on our website.

Then, the day before the event, Adrienne called to say Gene was having a vision problem. They wouldn’t stay in Worcester the night before as planned, but would come straight from a Boston hospital to the store. She told me not to worry, that everything would work out.

The day of the event, there was of course, a huge crowd lined up, and the Colans arrived as promised. Gene immediately started doing sketches for people—really beautiful, detailed drawings—and while this was underway I found a few minutes to introduce Adrienne to the Internet. Seeing eBay, as well as some comic art sites, quickly convinced her that Web would be the way to go.

Afterwards, it became clear to me that they really needed someone with the time and experience to work up a website—someone completely trustworthy—so I put Adrienne back in touch with Kevin Hall. Soon, www.genecolan.com was up and running. Through that, Gene found out that the world was full of admirers who recognized his talent and appreciated the care he always put into his work. Adrienne told me years later that she and Gene thought it was strange that such a big turning point in his career should follow from a random event—our invitation. I told her it wasn’t completely random, because the reason I contacted him was that he had made a connection to me years ago through his art. Even as a kid, I could see he was putting more into it than most artists. Through that small contact, the success of the event, the adoration he then tapped into through the website, Gene had actually made it happen through the quality of his work.”

Over the years, Gene Colan has made two more appearances at our store and each time he was an outstanding, courteous and gracious guest, thrilling his fans with stories of the comic book business and impressing us all with his dedication to his craft. He is truly one of the “Masters” of comic book art.

Next chapter: We suggest a drama program at Cassy’s school.

Pictures: A sample of Gene Colan's dynamic artwork
A Gene Colan Insect Man drawing!
Me and Gene Colan
Posted by paul howley at 6:39 AM