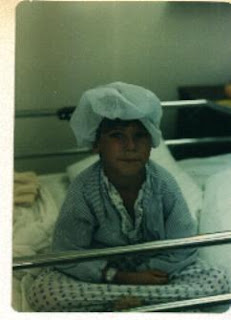 MY LIFE WITH COMIC BOOKS: THE HISTORY OF A COMIC SHOP - Part 47

I now “owned” the publishing rights for The Man From Uncle comic book for the next two years and it was my intention to publish as many issues as possible during that time. We decided that it would be smart to make the first issue part of a continued story so that the readers would be likely to buy the second issue of the series. One of my employees, David M. Lynch, was writing the stories for the first two issues as fast as he could and Ken Penders began penciling, inking, and lettering the first issue. He was also drawing the front cover. Skip Simpson, one of David’s friends, offered to color the cover for the first issue.

In order to have these comic books sold all over the United States and Canada, we contacted as many of the comic book distributors as we could. We contacted Diamond Comic Distributors, Capital City Distribution, Alternate Realities, Heroes World, and about a half-dozen smaller distributors. All of them expressed interest in helping to sell our new comic book series. Having decided to establish the suggested retail (cover price) at $1.50 per issue, the distributor would buy each issue for sixty cents (sixty percent off of the cover price) and they would sell them to the retailers for seventy-five cents. The comics could be printed and shipped for about thirty-five cents each, leaving me with a gross profit of about twenty-five cents each. A lot of that money would be used to pay the artist and writer and I’d keep whatever was left. Based on our projections of selling 15,000 copies of each issue this would give me a net profit of about two thousand dollars each issue.

Each distributor needed a three month lead-time before each issue was released so they could publish their ordering catalog with a description of our comic book and allow enough time for the individual retailers to decide how many copies they wanted to order. The distributor would then total all of the retailer orders and submit a purchase order for as many copies as they needed. This project was really meant to be mostly fun for me personally so I had a chance to add certain “personal” touches to the series. For example, I wanted to release the first issue on my birthday in January. We’d need to work fast.

Ken drew the cover of the first issue right away so I could send a copy to all of the distributors. As soon as the cover was done he worked hard to finish the twenty-four pages of interior art. He finished it all within the thirty days that he had promised me. Ken was a man of his word and a nice guy. We sent it to MGM-Turner and they gave us their approval. Ken started on the art for the second issue. Ken was also working on a new comic book idea that he wanted to develop with Stan Timmons, a writer, titled “Shadow Blade.” Ken and Stan wanted me to publish this new comic book series for them. Meanwhile, Skip Simpson finished coloring the front cover of The Man From Uncle #1. This was done in the early days of laser scanning and Skip didn’t really understand the process. We thought it would look okay but we would be very disappointed when we saw the final printed product.

We found a company in New York that promised to print the comics and do all of the shipping for us. One of the managers of the company was a fairly famous comic book artist so the promises seemed credible. As we got closer to the actual release date we began to worry that we chose the wrong company to print the comics. Their terms suddenly changed. They wanted more money in advance of the shipping date. Then they decided that they didn’t want to ship the comics to all of the different distributors. I decided to drive to New York and pick up the comic books myself. I had ordered 16,000 copies of this first issue but when I arrived in New York they had printed 21,000 copies and demanded the money for them. I reluctantly paid them and loaded them in my car. I’d certainly never do business with them again!

My son, Adam, had many episodes of Strep throat when he was growing up. His doctor recommended surgery, so while I was trying to coordinate all of the various writers and artists for our Man From Uncle series, my wife and I decided that we should have Adam’s tonsils and adenoids removed. We knew he’d probably be afraid to be left in the hospital overnight, since he was only seven years old, so Mal and I decided that I should sleep in his hospital room in the chair next to his bed. It was scary for me to see him being wheeled into the operating room even though it was a simple operation but everything turned out fine.

Things were not fine for our friend Debbie. Her cancer had returned and it was in multiple parts of her body. Her son, Peter, was only three years old, and Debbie was determined to beat this disease. She began a program of a new chemotherapy and responded well. The tumors seemed to be under control.

Next chapter: 1987: The beginning of our big vacations.
Picture: Adam get his tonsils out.
Posted by paul howley at 5:52 AM