My Life With Comic Books: Part # 5 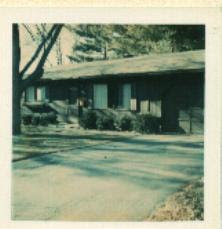 A brief introduction:
My name is Paul Howley, owner of the Eisner Award winning pop culture collector’s store known as “ That’s Entertainment ” in Worcester, Massachusetts. My store has been around for over twenty years and it’s been a long and interesting combination of events and people that have brought my store to its current place. I am not a talented writer, so please try to overlook my lack of writing ability. It is not my intent to boast or brag about my store or my life…I just want to tell you my story.

MY LIFE WITH COMIC BOOKS: THE HISTORY OF A COMIC SHOP - Part Five


In 1973 my wife, Mal, and I went to our first comic book “convention” at The Statler Hotel in Boston. The first comic book dealer I met was Donald Phelps. He had a nice group of comic books from the 1940’s including a straight run of Batman issues #20-35, all in very fine-near mint condition. I immediately spent my entire weeks paycheck at his booth. I had become interested in Batman in 1959 when a family friend gave me my very first comic book…a Batman comic. In 1966, the Batman TV show starring Adam West premiered. It was one of my favorite TV shows of the 1960’s. I remember watching it with my Dad and getting mad at him because he was laughing at how silly it was. But to me (at 11 years old) this was a serious TV show! Batman was really in danger. Oh, and what a great colorful cast of villains! The Joker, The Penguin, The Riddler, Catwoman…and eventually Batgirl! But, alas, the show only lasted three years. I had to be satisfied buying the new issues of Batman comics.

Then, in 1971, my Mom bought me a copy of the hardcover book “ Batman from the 1930’s to the 70’s”. This thick book was a collection of many of Batman’s best adventures from (duh) the 1930’s to the 70’s. This cool book introduced me to a lot of the early appearances of characters from “the Batman Family” like Batwoman, Bat-Mite, Ace The Bat-hound and dozens more. I had never bought a really old Batman comic book before, and now, at my first comic book convention I’ve bought a bunch from the 1940’s! I’m sure it probably worried Mal a little bit. Usually we were very careful with our money. As a matter of fact, we were thinking about saving money for a house and here I was blowing my paycheck on comics! But she knew I was getting a thrill out of buying these comics. She quickly suggested that it might be a good idea if I thought about selling some of comic books that I no longer wanted in order to pay for these expensive new additions to my collection.

Also at this convention was a young man named Will Murray. Will Murray would go on to eventually be recognized as an expert on Doc Savage and The Shadow and many years later, he’d take over running the monthly Boston comic book conventions. Will was sharing a table with a friend of his to reduce his expenses. Both of these guys were so friendly and willing to spend time talking to us about comic books. They told us that there was a long waiting list to rent booth space at this small comic book convention. If I really wanted to get involved in the buying and selling they would be willing to rent me one third of their 8-foot-long table for about $10.00. It seemed like a good idea to us, so we committed to setting up at the next show. The shows were usually once every three months, so I had plenty of time to sort through my comics to pull out the ones I’d be willing to part with. I really didn’t want to sell any. I liked them all. But if it made it okay with Mal for me to spend our hard earned money on old comics, then I’d do it. I had no price guide (The Overstreet Comic Book Price Guide was around, but I had not discovered it yet) so I used some of the prices I’d seen in other dealers advertisements to determine my selling price. I had no plastic bags to protect my comics, so I lightly wrote the price on the back cover of each book. This was fairly standard practice in the early days of comic book selling. Occasionally you’d run into the dumb comic seller who’d use a pen or a marker to write the price on the back. What idiots!

Our first show was amazing. It didn’t take long for some of the other dealers to realize that I was a beginner in the business. They swarmed around our table and bought up many of the comics that we had under-priced. We didn’t care. It gave me the extra money I wanted to buy more comic books without draining our “house-buying fund.” These early conventions were full of interesting people. The young guys who eventually became Newbury Comics were there. George Suarez of New England Comics got his start at the early Boston shows. Bill Cole was there. Ron Johnson (one of the true gentlemen of the comic business) was there. Joe Carroll…the ultimate friendly comic book fan was a regular. Gerard would sometimes show up dressed as Captain Marvel Junior, but he was really a great guy. Monte was always there selling all kinds of magazines and comics. There was a hippie-type guy named Desi selling collectable comics and toys who was gruff on the surface but who was really one of the kindest guys there. There were also two older men (brothers) that for some reason were called “The Fruit Brothers”. Maybe their “real” job was selling fruit. They would yell and scream at each other at various times during each convention. They were colorful characters.

Everyone who sold comics in those days had regular “normal” jobs also. Comic book selling was just a supplement to our incomes back then. It was much more fun to be selling comic books when you were not concerned about employees, payroll, rent, and other major expenses that can overwhelm you when you are depending on the income from comic book selling. I looked forward to selling at the Boston shows and Mal was always there to help, even though she didn’t really like comic books. She enjoyed it because I enjoyed it.

After we had been married for about six months, with a short-term loan from my parents, Mal and I bought our first house in Northboro, Massachusetts. It was a small 2-bedroom home on a cute one-half acre lot, with no basement. The extra bedroom immediately became the comic book room. We were only 19 years old and we looked like we were 13 years old. Neighbors would call us “the little people” and deliverymen would ask us if our parents were home. We’d reply, “We don’t know…they don’t live here.” Wiseguys, huh?

When we had lived in this house for about six months, we noticed that the real estate market was getting pretty hot. We had paid $23,000.00 for our house and we guessed that we could probably sell it for about $30,000.00. We called a realtor we knew and listed it for sale for $32,000.00. The house was sold by the first weekend for full price. After the sales commission, we made almost $8,000.00 profit. Keep in mind, in 1974, that was about the annual pay for an unskilled worker like me. I was now making money selling our own real estate, working at the cash register company, and selling comic books. I was an amateur entrepreneur.

Next column: We build a house and then quit the rat race.
Posted by paul howley at 5:32 AM